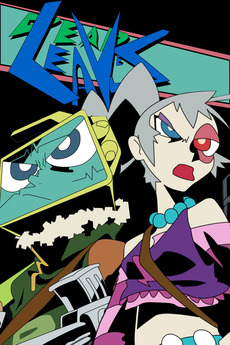 Pandy and Retro awaken naked on Earth with no recollection of their past. They embark on a crime spree in search of food and clothing, but are captured by authorities and sent to the infamous lunar penitentiary named Dead Leaves.