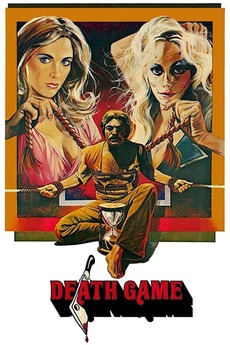 The object is to stay alive.

A businessman—whose family is away on his birthday—invites two young women into his house who got lost on their way to a party. The next morning, after the woman have outstayed his hospitality and patience, he decides to drop them off at a bus stop and returns back home.