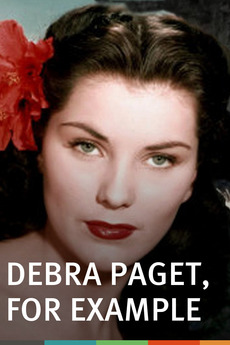 About 20th Century Fox's attempts to make a star out of actress Debra Paget, with dubious results. Did she not want to be a star? Did audience not like her? So many factors are in play, but Fox tried and tried and nothing worked. You can be the judge.