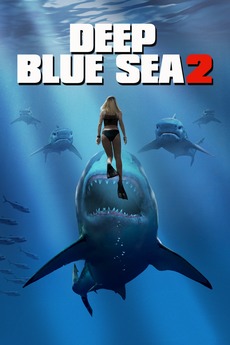 When shark conservationist Dr. Misty Calhoun is invited to consult on a top-secret project run by pharmaceutical billionaire Carl Durant, she is shocked to learn that the company is using unpredictable and highly aggressive bull sharks as its test subjects, which soon break loose and cause havoc.

Sharksploitation (help me add to this list of shark movies!)

I'm going to attempt to create an enormous list of shark films that will keep my watchlist filled for eternity.…