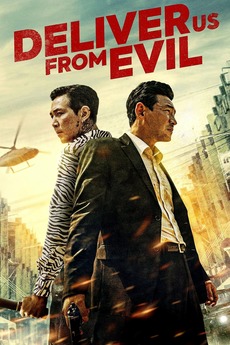 Deliver Us from Evil
JustWatch

Deliver Us from Evil

In-nam (HWANG Jung-min) is a Korean hitman living in Japan who completes what he has decided will be his final job. But soon after, he learns that the daughter of a woman from his past (CHOI Hee-seo), who now lives in Thailand, has been kidnapped. He heads to Southeast Asia to find the child, after a brief stop in Incheon, where he is helped by the bar worker Yoo-yi (PARK Jung-min). However, he has not reached Thailand alone, as on his trail is the vicious gangster Ray (LEE Jung-jae), whose brother was recently assassinated by In-nam.

Also list of kdramas I’ve seen (and for whom I’ve watched it): Kingdom Cinderella and the four knights (Park So-dam)…

These are the movies I've watched released in 2020, some are biased and some are accurate in views. I didn't…

The highest grossing domestic films in Korean box office history by admissions. Updated as of October 11, 2020.