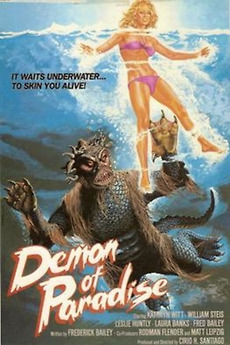 Hunters become the hunted when illegal dynamite disturbs the ageold slumber of a carnivorous lizardman. Resort owner Angela, joins forces with Sheriff Keefer to save tourists from the beast's path of death.

Don't Go in the Water

Boat/Lake/Ocean/River/Ship/Submarine/Swamps featured in Horror Films. Adding to my collection of "Horror Film Locations" lists, you can find more horror films…