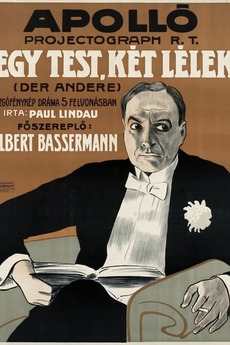 When talk with friends, Dr. Hallers, a well-known lawyer in Berlin, said he was skeptical about fantasies on the split personality: he could never believe something like that. During a ride however, he has an accident, after which he often falls into a deep sleep from which he awakens with the feeling of having a dual personality. Later his double starts to rob his apartment iwith a thief. During the robbery the police arrived, arrests the thief. Hallers, having fallen asleep, wakes up without remembering anything of what happened. Eventually, the lawyer recovers and marries his fiancee.

Here's a complete list of every German film discussed in Siegfried Kracauer's From Caligari to Hitler. Original German titles and…