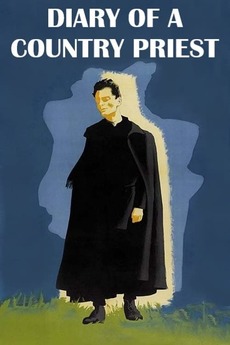 An inexperienced, sickly priest shows up in the rural French community of Ambricourt, where he joins the community's clergy. But the locals don't take kindly to the priest, and his ascetic ways and unsociable demeanor make him an outcast. During Bible studies at the nearby girls school, he is continually mocked by his students. Then his attempt to intervene in a family feud backfires into a scandal. His failures, compounded with his declining health, begin to erode his faith.