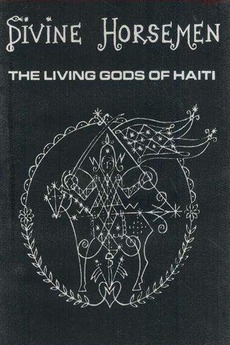 This intimate ethnographic study of Voudoun dances and rituals was shot by Maya Deren during her years in Haiti (1947-1951); she never edited the footage, so this “finished” version was made by Teiji Ito and Cherel Ito after Deren’s death.

Imagine an eye unruled by man-made laws of perspective, an eye un- prejudiced by compositional logic, an eye which does…