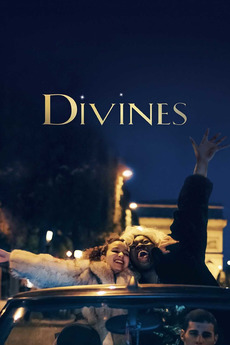 In a ghetto where religion and drug trafficking rub shoulders, Dounia has a lust for power and success. Supported by Maimouna, her best friend, she decides to follow in the footsteps of Rebecca, a respected dealer. But her encounter with Djigui, a young, disturbingly sensual dancer, throws her off course.