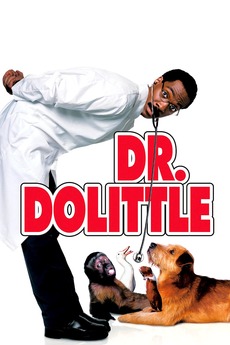 He doesn't just talk to the animals!

A successful physician and devoted family man, John Dolittle seems to have the world by the tail, until a long suppressed talent he possessed as a child, the ability to communicate with animals is suddenly reawakened with a vengeance! Now every creature within squawking distance wants the good doctor's advice, unleashing an outrageous chain of events that turns his world upside down!