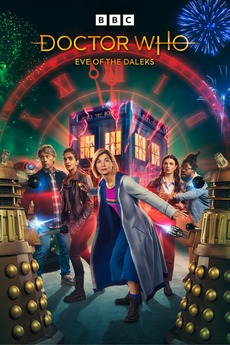 Doctor Who: Eve of the Daleks

Anyone else got proper déjà vu?

New Year's Eve. Sarah is working - again. Nick is her only customer - again. Same old same old. Except this year, their countdown to midnight will be the strangest they have ever known. Why is an executioner Dalek targeting these two people, in this place, on this night? Why are they having to live through the same moments? Can the Doctor, Yaz and Dan save them and survive into the New Year?