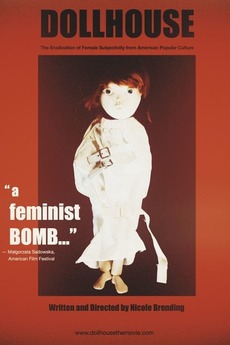 Dollhouse: The Eradication of Female Subjectivity in American Popular Culture

Dollhouse: The Eradication of Female Subjectivity in American Popular Culture charts the rise and fall of fictional child pop star Junie Spoons as her life story (and the ensuing disasters) unfolds, as told by those who knew her. Set in the bubble gum pop world of Britney Spears and Lindsay Lohan and told a la VH1's Behind The Music, Junie's story tops itself one scandal after another as she rockets to international stardom and then faces the aftermath of a life under scrutiny.