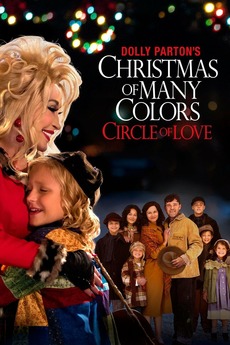 Dolly Parton's Christmas of Many Colors: Circle of…
JustWatch

Dolly Parton's Christmas of Many Colors: Circle of Love

Miracles happen when we need them most of all.

An unexpected blizzard threatens the Parton family, while at the same time Dolly's father (and his kids) make sacrifices to raise enough money to finally buy his wife the wedding ring he could never afford to give her. Meanwhile, an important person in little Dolly's life begins to see that her amazing voice and musical gift might just be made for something bigger than rural Tennessee.

Feature films and telemovies released by Warner Archive on Blu-ray, up to May 31, 2021.

A very merry list of holiday films that are gayer than this unnervingly specific list. Created by Letterboxd members, curated…