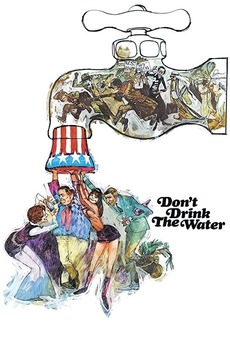 They're caught in a security leak!

The Hollander family's European vacation is interrupted when their plane is forced to land in Vulgaria. The Hollanders leave the plane to take pictures which results in accusations of spying. Chased by Vulgarian soldiers, they take refuge in the American Embassy under the protection of the absent ambassador's hapless son.