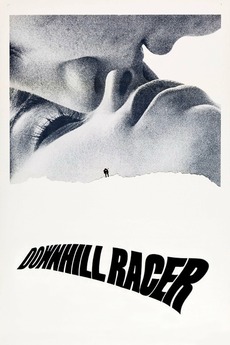 How fast must a man go to get from where he's at?

An ambitious young skier, determined to break all existing records, is contemptuous of the teamwork advocated by the US coach when they go to Europe for the Olympics.