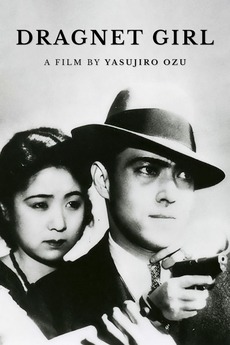 Tokiko leads a double-life as an office typist and the mistress of a retired champion boxer and small-time ringleader named Jyoji. Hiroshi, a new recruit to the gang, hero worships Jyoji and neglects his studies. Hiroshi's sister Kazuko begs Jyoji to spare her brother from their shady dealings, but inadvertently casts a spell on Jyoji. After several reversals, Jyoji returns to Tokiko's arms. They decide to come clean, but not before pulling one last job to help Hiroshi and Kazuko.

www.youtube.com/playlist?list=PLXuW6qUc8E5IhCZJGg2Xh_2P8oll-RHBL Sorted by average highest rating. If you guys find any classics on YouTube please leave a comment