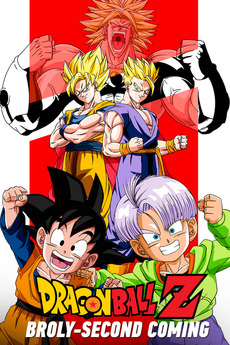 A Saiyan Space pod crash-lands on Earth out of which a wounded Saiyan crawls: Broly, the Legendary Super Saiyan. The wounded Broly shouts out in frustration and turns into normal form. The place soon freezes, trapping him in it and he falls into a coma.

The Most Watched Animated Movies