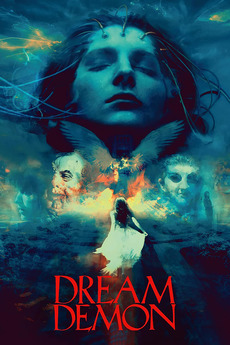 As her marriage to decorated war hero Oliver draws near, well-heeled Diana moves into an apartment within an otherwise unoccupied, sprawling London house where she starts to experience strange and terrifying nightmares. But are these troubling night terrors merely the symptom of an unsettled mind, or the sign of something far more sinister at work? Hounded by a pair of sleazy journalists, Diana soon crosses paths with American tourist Jenny, who appears to have a strange connection to the foreboding house and its dark past.

We're about half way through the Underrated Series and have finally reached one of the big genres. I'm expecting lots…

Extreme, Surreal and Bizarre Movies of Some Interest

I've seen horrors... horrors that you've seen. But you have no right to call me a binge-watcher. You have a…

Like many of you, I was completely enamored with The Witch, especially the ethereal qualities and the feelings it evoked…

My #1 year for quantity of horror films seen. In spite of that, I have yet to come across a…

Every 80s Slasher Film (An Attempt)

Of course there's no way I'll ever get all of them, but I'm still going to try. I've searched through…