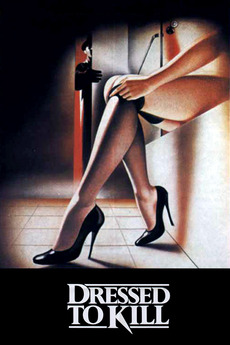 A mysterious, tall, blonde woman wearing sunglasses murders one of a psychiatrist's patients, and now she's after the prostitute who witnessed it.