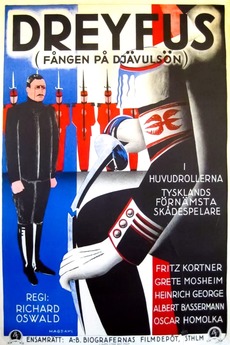 In late nineteenth century Alfred Dreyfus, a French army officer of Jewish heritage, is falsely accused of espionage. Found guilty of treason he is drummed out of the army and sent to prison on Devil's Island.

The phantom of the inkwell and the illustrated metaphor: best poster art, 1912-1992

Artists respond to film. Focus is on original, interpretive drawings and paintings with minimal use of photographic images.

All films premiered before January 30, 1933, with the exception of "The Testament of Dr. Mabuse".

Films based on the writings or the life of the French author Emile Zola, leader of the literary school of…