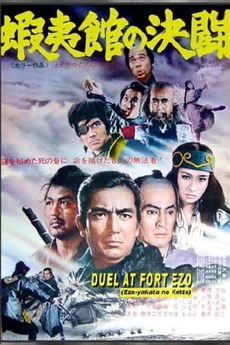 1864. Samurai Shinbei is sent in a secret mission to Ezo, in the North of Japan, to stop riots of villagers commanded by Jirozaemon. A Russian count's daughter, the village leader's daughter and a secret treasure add up to the adventure.