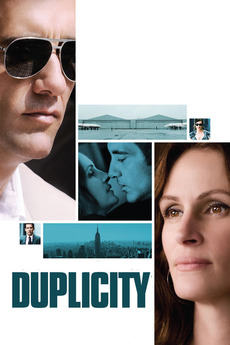 Outwit. Outspy. Outsmart. Outplay. Then get out.

Two romantically-engaged corporate spies team up to manipulate a corporate race to corner the market on a medical innovation that will reap huge profits and enable them to lead an extravagant lifestyle together.

The 2015 edition of the They Shoot Pictures, Don't They? 21st Century's Most Acclaimed Films list.