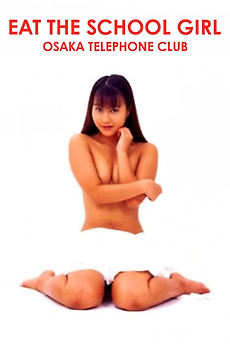 "Eat the Schoolgirl" concerns two young adults who made a dirty work for a yakuza gang by making sadistic rape/snuff films. Both of them are sexually obsessed; one is addicted to telephone sex whilst the other can only function sexually, whilst seeing mutilated female corpses.