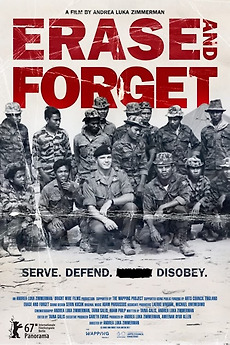 'Bo' Gritz is one of America's highest decorated Vietnam veterans and the real life inspiration behind Rambo. He also killed 400 people, turned against Washington and moved to the Nevada desert where he now sleeps with many weapons. Filmed over ten years using impressive visual material, Zimmerman's portrait of Bo embodies contemporary American society in all its dizzying complexity and contradictions.

Another Gaze: A feminist film journal

Films mentioned and discussed in the feminist film journal Another Gaze. The order of the list descends from issues of…

[at least] 52 by women 20XX to eternity watchlist

Free to watch in the BFI Mediatheque

These films are free to watch in the BFI Mediatheque. This list is not comprehensive and I am only adding…

Movies I Saw At Film School

In no particular order all the films that have been shown to me in film School.  In the notes I've…