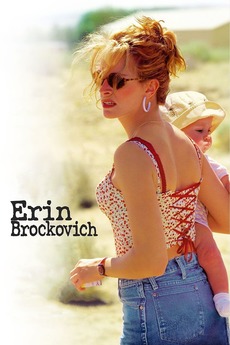 She brought a small town to its feet and a huge corporation to its knees.

A twice-divorced mother of three who sees an injustice, takes on the bad guy and wins -- with a little help from her push-up bra. Erin goes to work for an attorney and comes across medical records describing illnesses clustered in one nearby town. She starts investigating and soon exposes a monumental cover-up.

a list of movies that feature one or more of the following elements: -intersectionality -non-boring woman protagonist -made by a…