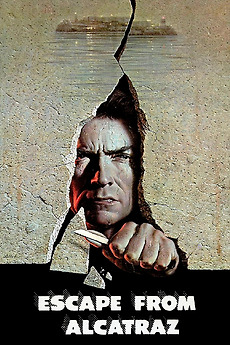 No one has ever escaped from Alcatraz… and no one ever will!

San Francisco Bay, January 18, 1960. Frank Lee Morris is transferred to Alcatraz, a maximum security prison located on a rocky island. Although no one has ever managed to escape from there, Frank and other inmates begin to carefully prepare an escape plan.