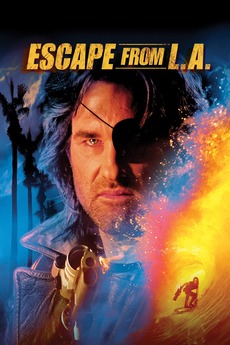 This time, a cataclysmic temblor hits Los Angeles, turning it into an island. The president views the quake as a sign from above, expels Los Angeles from the country and makes it a penal colony for those found guilty of moral crimes. When his daughter, part of a resistance movement, steals the control unit for a doomsday weapon, Snake again gets tapped to save the day.