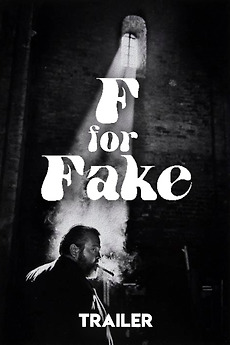 An unreleased 9 minute trailer for F for Fake directed by Orson Welles as promotional reel for the film's American release.

In the order that they were seen. Will make a condensed, ranked list later. Which you can imagine can be…

All of the movies I’ve seen ranked

Not including ones without ratings or collections.