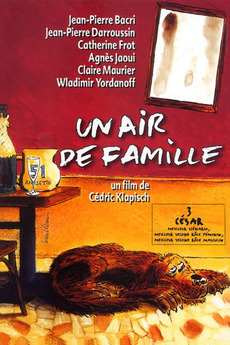 An upper middle-class French family celebrates a birthday in a restaurant. In one evening and during one meal, family history, tensions, collective and separate grudges, delights, and memories both clash and coalesce.

And no, they didn't include Amélie.