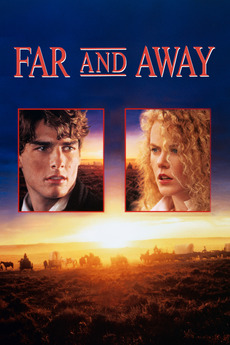 Far and Away
JustWatch

What they needed was a country big enough for their dreams.

A young man leaves Ireland with his landlord's daughter after some trouble with her father, and they dream of owning land at the big giveaway in Oklahoma ca. 1893. When they get to the new land, they find jobs and begin saving money. The man becomes a local barehands boxer, and rides in glory until he is beaten, then his employers steal all the couple's money and they must fight off starvation in the winter, and try to keep their dream of owning land alive. Meanwhile, the woman's parents find out where she has gone and have come to America to find her and take her back.