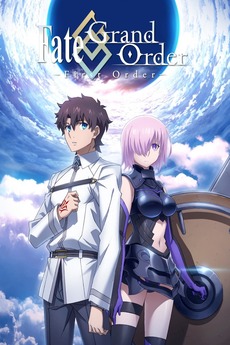 The year 2015 CE. The last era in which magecraft still thrived. The Chaldea Security Organization was founded to focus on preserving the continuation of human history. They observe a world which magecraft couldn't observe and science couldn't measure all to prevent the certain extinction of humanity. But one day, the future that Chaldea continued to observe disappears and humanity's extinction in 2017 becomes clear. Rather, it had already happened. The cause seems to be related to Fuyuki, a provincial town in Japan, in the year 2004 CE. There, an "unobservable region" that had not existed before appears. Based on the assumption that Fuyuki is the reason for humanity's extinction, Chaldea issues an order to explore, investigate, and possibly destroy this singularity – a quest for the Holy Grail, the Grand Order.

A list of anime series, movies and OVAs I compiled on Letterboxd. Will update periodically over time.

Under One Anime Nation - Japanese Animation

The following list is an attempt to make a comprehensive collection of all the Japanese animation on the database, for…

King Arthur and the Arthurian Legends

A list I am making about King Arthur, the Knights of the Round Table, Merlin the Wizard and other Arhurian…

A list based on games, about games or features games prominently.

Added as many as I could find. If I've…