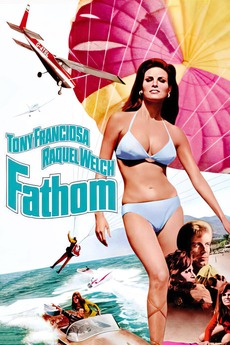 The world's most uncovered undercover agent!

While touring abroad in Europe, beautiful American skydiver Fathom Harvill gets wrapped up in international intrigue when Scottish spy Douglas Campbell recruits her to help him on a secret mission. Before long, Fathom realizes that no one around her, including the mysterious Peter Merriweather, can easily be trusted, leading to various adventures that involve bull fighting, beaches and, of course, romance.

Film Title Sequences Featured on Art of the Title

Every film title sequence featured on Art of the Title so far, from 1920's The Cabinet of Dr. Caligari to…

Does not reflect how I feel about the actual movies.