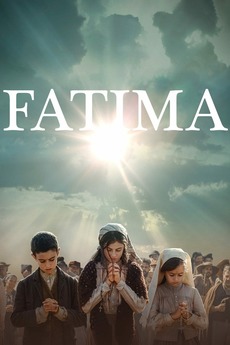 In 1917, in the midst of a world war, people needed hope. They received a miracle.

In 1917, outside the parish of Fátima, Portugal, a 10-year-old girl and her two younger cousins witness multiple visitations of the Virgin Mary, who tells them that only prayer and suffering will bring an end to World War I. As secularist government officials and Church leaders try to force the children to recant their story, word of the sighting spreads across the country, inspiring religious pilgrims to flock to the site in hopes of witnessing a miracle..

My attempt to document the movies that came out of my country, in an effort to get in touch with…

A guide to let you know which films are delayed or canceled due the ongoing pandemic... please check on the…

Império Lusitano: A Comprehensive Guide to the Cinema of Portugal

Films that may interest a Catholic

Films that may interest a Catholic or Orthodox person. These are loosely arranged in order of spiritual, moral and artistic…

movies in portuguese or directly related to portugal. you can find a lot of these on RTP play, aka the…

in general, women and their relationship with god, church paranoia and extremism, religious heresy and witchhunts, sexual repression and /…

SEE THE NOMINATIONS AND VOTE IN THE NEXT ROUND HERE

This is an experiment where…

Karl Marx, writes in Critique of Hegel's Philosophy of Right:

"Religious distress is at the same time the expression of…

Films of the Week