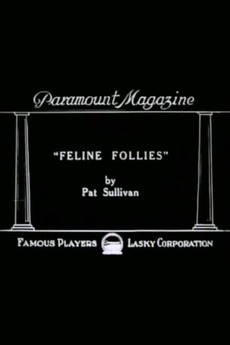 The first appearance of Felix the Cat (as Master Tom). Tom falls in love with a lady cat, and while they're out courting at night, the mice ransack the kitchen.