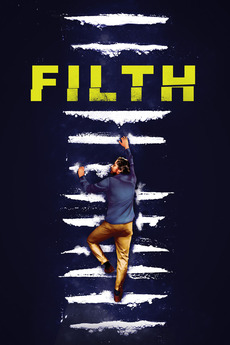 It's a filthy job getting to the top, but someone's got to do it.

A bigoted junkie cop suffering from bipolar disorder and drug addiction manipulates and hallucinates his way through the festive season in a bid to secure promotion and win back his wife and daughter.