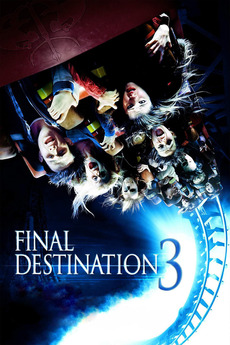 This Ride Will Be The Death Of You.

A student's premonition of a deadly rollercoaster ride saves her life and a lucky few, but not from death itself – which seeks out those who escaped their fate.

the funniest part is that she was in neither scene