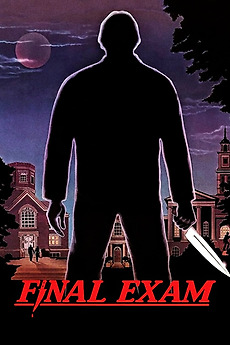 Some may pass the test… God help the rest.

In a small college in North Carolina, only a select few students are left to take mid terms. But, when a killer strikes, it could be everyone's final exam.

Thinking about 1981 slashers all day so out together my list of favorites.