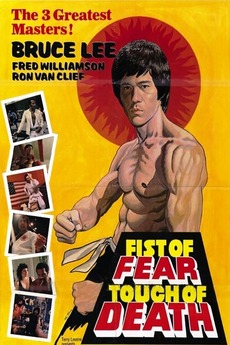 A reporter interviews fighters and promoters about Bruce Lee, intercut with footage from old Bruce Lee films and pseudo-documentary footage.

Gold Ninja Video: the Criterion of public-domain bargain bins! goldninjavideo.com/releases/ Shoutout to c_w_w for hunting down so many of these.