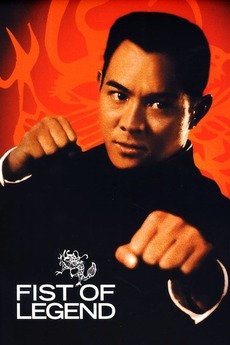 To avenge his masters death, He'll fight like never before!

Chen Zhen, a Chinese engineering student in Kyoto, who braves the insults and abuse of his Japanse fellow students for his local love Mitsuko Yamada, daughter of the director, returns in 1937 to his native Shangai, under Japanse protectorate -in fact military occupation- after reading about the death of his kung-fu master Hou Ting-An in a fight against the Japanese champion Ryuichi Akutagawa.

There’s just a random movie on here til I get any recommendations. Seen: 4/83

Compiled from, just, like, a whole lot of Letterboxd lists.

I hope this covers everything.