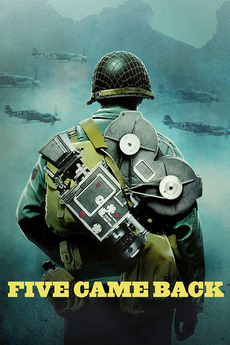 They showed the war to the world

The extraordinary story of how Hollywood changed World War II – and how World War II changed Hollywood, through the interwoven experiences of five legendary filmmakers who went to war to serve their country and bring the truth to the American people: John Ford, William Wyler, John Huston, Frank Capra, and George Stevens. Based on Mark Harris’ best-selling book, “Five Came Back: A Story of Hollywood and the Second World War.”