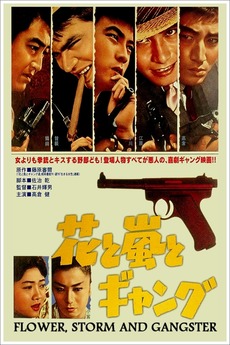 A gang of bank robbers plan a big robbery, but they all plot to betray each other after the heist for different reasons.

Hana to arashi to gyangu

Over the years, and especially recently, as more such titles have been released by specialty companies I peruse, such as…

I have an obsession for (classic) Japanese movies. Especially those made during the golden age of Japanese filmmaking, the 1940's…