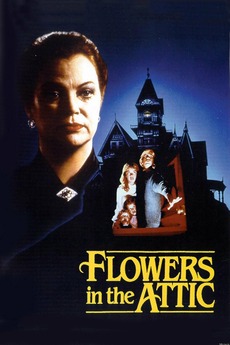 Flowers in the Attic
JustWatch

Flowers in the Attic

After the death of her husband, a mother takes her kids off to live with their grandparents in a huge, decrepit old mansion. However, the kids are kept hidden in a room just below the attic, visited only by their mother who becomes less and less concerned about them and their failing health, and more concerned about herself and the inheritence she plans to win back from her dying father.