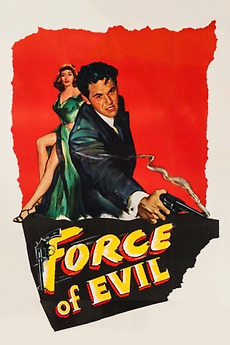 Lawyer Joe Morse wants to consolidate all the small-time numbers racket operators into one big powerful operation. But his elder brother Leo is one of these small-time operators who wants to stay that way, preferring not to deal with the gangsters who dominate the big-time.

Found these articles to be interesting.

Scorsese loves movies, we all know that. So he's got a few lists and they…