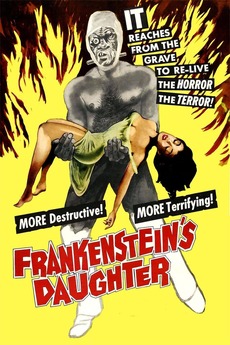 It reaches from the grave to re-live the horror, the terror! More destructive! More terrifying!