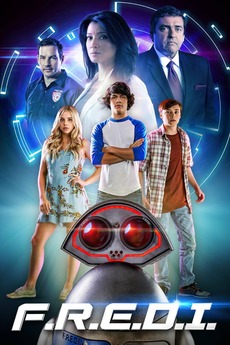 The best friend ever built

An intelligent, lovable robot known as "F.R.E.D.I." is stolen from a secret research facility by the project's lead scientist. The robot is found by a 15 year old teenager, James. Soon the two begin to communicate and create a bond in which F.R.E.D.I. learns about teenage life and James learns about some new values.