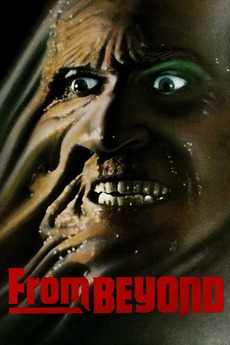 Humans are such easy prey.

A group of scientists have developed the Resonator, a machine which allows whoever is within range to see beyond normal perceptible reality. But when the experiment succeeds, they are immediately attacked by terrible life forms.

H.P. Lovecraft's From Beyond, Resonator, 지옥인간