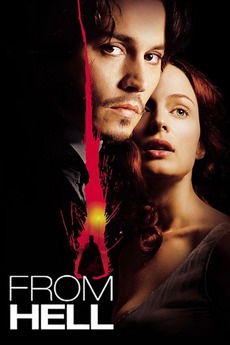 Only the legend will survive.

Frederick Abberline is an opium-huffing inspector from Scotland Yard who falls for one of Jack the Ripper's prostitute targets in this Hughes brothers adaption of a graphic novel that posits the Ripper's true identity.