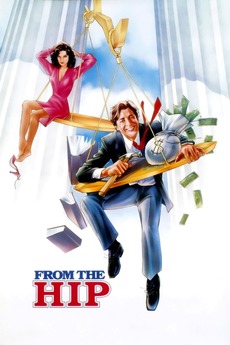 From the Hip
JustWatch

Getting To The Top Means Working Like A Dog!

Apprentice lawyer Robin Weathers turns a civil suit into a headline grabbing charade. He must reexamine his scruples after his shenanigans win him a promotion in his firm, and he must now defend a college professor who is appearantly guilty of murder.