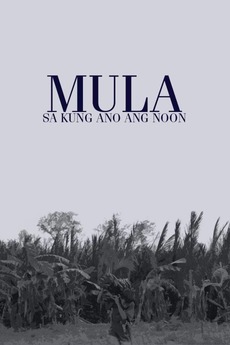 From What Is Before

From the Latin phrase “a priori”, used in Western philosophy as knowledge independent of all particular experiences, an argument/justification on the essentiality of truth that is easily gleaned even without empirical evidence.

The Philippines, 1972. Mysterious things are happening in a remote barrio. Wails are heard from the forest, cows are hacked to death, a man is found bleeding to death at the crossroad and houses are burned. Ferdinand E. Marcos announces Proclamation No. 1081 putting the entire country under Martial Law.